I’ve been tagged by Max on the “How Did I Get Started in Software” meme started back in June by Michael Eaton. I would be happy to oblige:

How old were you when you started programming?

I was 15 years old. I had a BASIC programming class when I was a sophomore in high school. It was also around that time that I got an Atari 800 with a BASIC cartridge and a 5.25” floppy drive for Christmas. I remember getting points taken off my programming assignments for using things we were not supposed to know yet. But I managed to ace the final exam.

How did you get started in programming?

I got started with the Atari BASIC cartridge at home, and I had a job after school and during the summer at a computer shop in town. They were the GameFly of the 1980s. It was a mail order Apple software rental company called Black Sun. In the evenings during the school year, I would take phone orders in the evening, mostly from folks on the west coast. It was usually dead, so I would write some BASIC programs on the Apple IIc/e/gs computers in the shop (in between games of Leisure Suit Larry).

I got away from programming when I went off to college and majored in Economics. I had no clue what kind of career I would eventually get into, but for some reason it didn’t dawn on me back then that I could make a living as a software developer. I got back into programming in 1994 after my best friend got a job doing Windows networking (with some software development work) at EDS. I saw the work he and some of his buddies got paid to do, and I finally realized what I wanted to do for a living.

What was your first language?

As I wrote above, my first language was BASIC on Atari and Apple computers. However, when I got back into programming in the mid-90’s, I decided to dive into Visual Basic. I bought a VB book (Sams’ Teach Yourself Visual Basic in 21 Days) and read it on a family camping trip in the Poconos. When I got home, I installed VB3 on my IBM PS/2 Model 70 (386 DX 16MHz with 4MB RAM, 120MB HDD and VGA graphics) with Windows for Workgroups 3.11. I thought I was really cool when I installed a sound driver to play Windows sounds through the system speaker.

What was the first real program you wrote?

Hmmm… the word ‘real’ is real subjective. I remember writing a little VB3 app that played different tones when you clicked different piano key-shaped buttons. My own little Casio of sorts.

What languages have you used since you started programming?

BASIC, Visual Basic 3/4/5/6, VBScript, QuickBasic, VB.NET, C#, JavaScript, ColdFusion (does that count?), and T-SQL (and a few others I have touched).

What was your first professional programing gig?

I found a company to give me a shot with no professional background or CS degree. They were a small consulting firm that landed a contract with a Philadelphia-area insurance company to manage their document printing and start moving them away from paper. The piece I worked on involved converting paper forms to electronic, fill-able forms using a SCO UNIX-based 2D CAD system and a Windows 3.11 PC with VB3 and MS Access 2.0.

If you knew then what you know now, would you have started programming?

Absolutely. If I knew in high school what I know now, I would have majored in Computer Science in college.

If there is one thing you learned along the way that you would tell new developers, what would it be?

What is the most fun you ever had… programming?

Back in 1999-2000, I worked on a warehouse management system. Part of that system was software that directed three robotic cranes to pick pallets from locations in the warehouse and drop them in output bins where fork truck drivers could pick them up. The first time we turned that on and got the first crane moving was awesome.

I’m tagging Eran Kampf and Kevin Miller. I don’t think they have posted theirs yet. 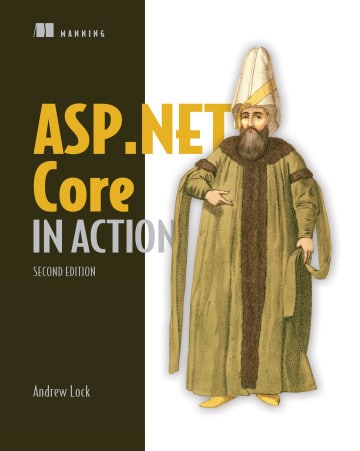